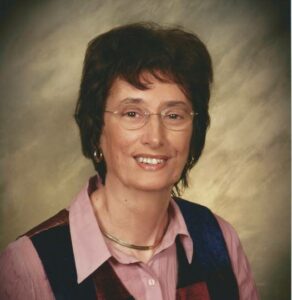 This year’s Grand Marshal is a true embodiment of the spirit of Guinea kindness and love.  Faye was born April 25, 1943 to Hazel and Harry Jenkins, Sr. as one of six children.  Being Grand Marshal runs in the family, both her mother, Miss Hazel in 1988 and her brother, Harry, Jr., in 2001 served as previous Grand Marshals.
Faye was born and raised in the heart of Guinea, on Mundy’s Creek Road in Maryus, known as the capital of Guinea, because it was as far as you can go!  Her love and respect for watermen began at home, witnessing both her father and brother making a living on the water. So it was only natural that Faye has been involved and served with the Guinea Jubilee committee since the beginning!
Faye was married to Everett Deal, Sr., who passed away in 2002.  They were married for 37 years and had a son, Everett, Jr. who died tragically in a car accident at only 18 years old.
Faye began her career at the Bank of Williamsburg and briefly left banking in 1971 when her son was born, but returned a few years later, working 15 years total at several banks.  After completing a tax preparation course, she began working at night for H&R Block in 1973.  The majority of her clients were watermen and after 2 years, she left H&R Block to start her own tax business in her home. Due to Faye’s honesty, sincerity and trustworthiness, the watermen followed her for their taxes.  She only charged $10!  Ultimately, Faye moved her tax business to the current location in Bena and continues to serve the Guinea community.
While running her own business, she became the Post Master for Bena Post Office in 1976, taking over for Buck Rowe. She began at the Post Office located inside of Buck’s Store, and ultimately the Bena P.O. moved to its current location.  Serving as Post Master, allowed Faye to keep in close contact with family, friends and neighbors, which strengthened her ties thru her care and compassion for the Guinea community and equally, their love for her!  She continued until her retirement in 2002 after serving for 26 years.
She is a member of Union Baptist Church, has served as a Sunday School teacher and sang in the choir.  Talking with Faye, she mentioned that while at church, they discussed that everyone had a gift, so each person filled in a questionnaire to help determine what their gift was.  It’s only fitting, that Faye’s results showed her gift was being a servant.  She has definitely served the entire Guinea community just like they were family.
Faye loves the Lord, her family and friends, and as she said, “she loves the people of Guinea and will do all she can for them, because she considers them all family too.” Faye said she is so honored and humbled to be the Grand Marshal this year.