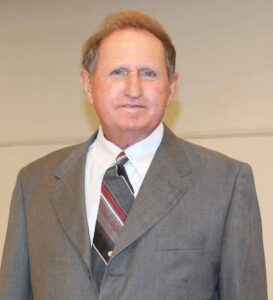 Earl L. Kellum was born April 12, 1945 to the proud parents of Vendell Kellum, Sr. and Mildred Kellum. Earl was one of seven children, four boys and three girls.
Earl is married to Nancy Setterholm Kellum and they reside at 2464 Perrin Creek Rd. Hayes, VA not far from where he was born and raised. Married for the past 35 years and lived in Guinea all his life.
Earl started working with his dad at sixteen years of age and still working the waters. He first worked on his Dad’s boat, The Dreadnaught. Then he purchased his first boat names “The Barracuda” which is used for dredging clams among other things. In 1972, Earl purchased his next boat, Alice Jean, from New Point. In 1980, he purchased “The Misty Dawn”. This was a fiberglass boat 44 x 15 ft. He was also has a 25 ft. Parker names “Ungas Toy” which he uses for crab potting even today.
Earl has done just about anything that one could do for a living on the water. Clamming, fishing, eeling, dredging and some oystering. He also makes his own pots.
Earl still loves what he does. He said he wouldn’t trade it for anything. He has worked through all kinds of weather and illnesses. Earl says that he is proud to be a Guineaman and Honored to be the Grand Marshal this year.