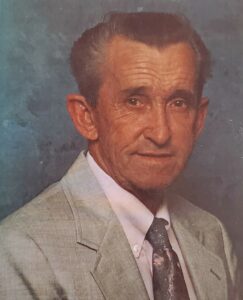 Kenneth I. Bonniville was born on March 30, 1947 to Lesbia Estelle Kellum Bonniville and Voight Maynard Bonniville. Born and raised in the Jenkins Neck area, Kenneth was one of nine children, five brothers and three sisters.
A lifelong waterman, Kenneth started crabbing at the age of 13 with his brother Maynard, Jr. Kenneth purchased his first boat when he was 23 years old and began buying and selling crabs. Eeling was also a source of income for Kenneth when crabbing was out of season. He didn’t intentionally get into the selling business until there was a shortage in the market. At that time he traveled to Richmond and sold his entire catch to one man.
At the age of 27, he decided to build a 40-foot Chesapeake Bay Deadrise boat named the “Melissa Lynn”. In 1986 he had custom made a Gloucester 41 Fiberglass workboat named the “Dayspring”, which he still owns today. Kenneth now owns two businesses, Bonniville Seafood Co. and Regensburg Marine, Inc.
Kenneth resides in Severn with his wife Linda Kay. They have been blessed with two children, Melissa Kay Pouchot and her husband Danny, and Jeremy Bonniville and his wife Jennifer. They also have two lovely grandchildren, Trevor and Jacqueline.
Kenneth believes that Guinea is a great place to born and to raise a family. He said that he owes all his success to two things, “I did it my way and the good Lord.”