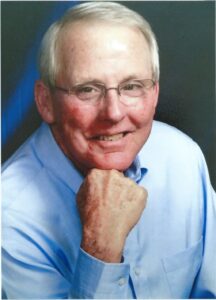 This year’s Grand Marshal is another lifelong Waterman.
J. C. was born September 25, 1947 to the parents of Alice and Curtis West Sr. He was one of three children. J.c. has two sisters, Martha and Susan.
J. C. is married to Carrie P. West. They have been married 40 years and reside on Margaret Dr., Hayes, Va. They have three children Jamie, Kelly and Michelle. No boys to follow in the line of a waterman but Jamie’s husband is a waterman, so the trade is still being carried on down thru his family lineage. He was born on Tidemill Road and has been a waterman all his life. J.C. has worked the waters for 52 years and is still doing so today. He started at 16 with his Dad and Uncle, William West. When asked what his main line of work is, he said that it was clamming (patent tonging), He also has done gill net fishing and oystering. At the present time, he is oystering.
J. C’s first boat was a 37ft Chesapeake Bay dead rise boat named “Jamie Lynn”. His second boat was a Chesapeake Bay dead rise wooden boat named “Kelly Lynn” built in 1979 by Clarence Jordan and Beverly Kemp. And the third is a 41ft long fiberglass boat named “Carrie Lee” in which he works today. J.C. also noted that he has a skiff that he works on the James and Rappahannock in the winter time. It’s used to go inshore, places where you can’t get in with the bigger boats.
While talking with J.C., I learned what he liked to do for fun. Boat racing, now that is workboat racing. Over the years, J. e. won lots of races at Harbor Fest, York River and also races in Poquoson. He has lots of trophies and other awards for racing in his Chesapeake Bay Dead rise boat. He actually won the first award for best sportsmanship that was given at Harbor Fest in honor of Sonny Gay.
Like most of the waterman, J.C. worked every day sick or well, always tried to go out regardless of weather conditions. Most days were at least 12 hour workday.
He is a member of the Virginia Waterman’s Association and a member of Gloucester Point Baptist Church. His wife made note, which I think is worthy to mention, she said that J.C. prays every day before he goes off to work and ask God for strength for the day and to take care of his family.
He loves the Lord, he loves his family and he loves the water. He said that he is very much honored to be the Grand Marshal this year.