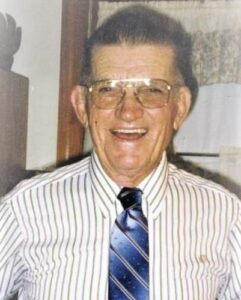 Ernest was born September 23, 1926 to the proud parents of Violet O. West and Frank Robert West. His father was a waterman all the mostly oystering and claming. With thirteen kids in family, seven boys and six girls, I bet we could safely say that his mother was a “stay at home mom.” Ernest was married September 3, 1946 to a local girl, Marian Virginia Williams. They just celebrated their 60th year anniversary this month. Marian and Ernest have 4 children, 1 girl and 3 boys: Rose Diane, Ernest Jr., Ronald Keith and Glenn Scott. Ronnie and Scott are watermen following in their father’s footsteps, Ernest Jr. works for Naval Weapons and Rose works for Carolina Barbeque. Reflecting back on his childhood, Ernest recalls hard times being in such as large family, he said that most of the time they only had one meal a day. He also had Typhoid Fever and Spinal Meningitis at age 11 having to learn to walk all over again. He made a remarkable recovery because by age 12 he bought his first row boat with a crab line. Working the crab line from 4 o’clock in the morning to sunrise, he said that he was making about 5 or 6 dollars a week which was big money then especially for a 12 year old boy.
He said he gave the money each week to his mother to save for him and before too long there was a pretty big stack. She asked Ernest what he wanted her to do with all the money. He told her to put plenty of food on the table and to do what she wanted with the rest. Three years later when he was 15 years old he bought a 37 ft boat for $300.00, went shaft tonging in the James River and has been wide open ever since. In 1957 he had a 40ft boat build and worked it until 1980 when he had a 45 ft boat build which is used today by him and his son. Today he dredges oysters and also does crab potting. In addition he also sheds soft crabs which he has been doing for the past 20 years. Ernest also loves hunting but never puts it above his work. He loves to work and to do well at it. He’s been known by all watermen as the No 1 oysterman in the James River. He has worked all his life and states that he has enjoyed every minute it.